No one likes being stuck in traffic.

The bad news is as Melbourne continues to expand the pressure on our roads is increasing. Would you believe that Melbourne drivers spend on average 500 hours per year commuting to and from work. That’s three weeks!

But more than just saving time, being able to easily access employment hotspots, especially the CBD, will also see you gain much greater access to opportunities.

Research undertaken by the Melbourne Metro Authority illustrates just that. Their figures show that Central Melbourne is set to become Australia’s largest business centre with jobs projected to grow to almost 900,000 jobs by 2051.

It’s little wonder that as each year passes, properties positioned close to great public transport are becoming ever more desirable with buyers. 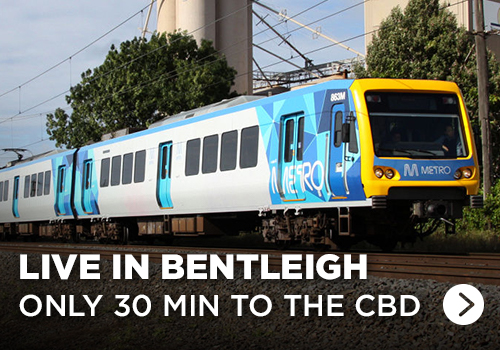 It can even improve your health.

A study published in medical journal The Lancet, showed that physical activity was indeed affected by the concentration of a number of urban elements including population, parks, public transit, and intersections.

In short, the study found that well-designed urban areas can help keep people active and reduce rates of obesity, diabetes, and heart disease.

Public transportation delivers so many benefits – both social, economic and environmental – that enrich all members of a community. Here are some of the benefits of public transport that are listed on the Public Transport Victoria’s website:

• Helps foster a sense of community – for example, people travelling together are more likely to feel a community connection than those travelling in cars in isolation.
• Encourages people to have a more active healthy lifestyle, particularly if they are walking or cycling to their station or stop.
• Is less stressful – rather than driving in traffic or wasting time looking for an elusive car park, public transport passengers can relax and listen to music, play computer games or read a book.

• Travel is cheaper than owning and operating a car.
• Reduces the need for building vast car parks on valuable land that could have otherwise been used as highly prized office or retail space.

• Reduces pollution and road congestion – the more people who travel by train, tram or bus, the fewer cars on the road.
• Requires less land use than road infrastructure.

Amity Property Group have an outstanding range of apartments and townhouses across Melbourne. For further information contact the team on 03 9090 2500 today.

Member notice: Effective 1 May 2020, the ability for Qantas Frequent Flyer members to earn points with Amity Property will be temporarily unavailable except for selected properties. Transactions made before 1 May 2020 will attract points as normal. If you have any questions or concerns, please contact Amity Property on +61 3 9090 2500 or info@amity.com.au.